The first stage of Ripley Town Centre officially opened this month as the $1.5 billion precinct is expected to be a catalyst for major regional growth during the next decade.

The milestone marks one of the first major regional infrastructure deliveries in the Ripley region since October 2010 when the State Government nominated it as a priority development area to accelerate development for the growth requirements in South East Queensland (SEQ).

The Ripley population is tipped to soar by almost 28% each year during the next eight years, which will underpin the growth requirements in SEQ. Latest data from Urbis shows the Ripley catchment will be the fastest growing suburb in Queensland until 2026.

This pace makes it one of Queensland’s fastest-growing areas, with the district set to reach a scale comparable with Springfield or North Lakes in the future.

The State Government has spent upwards of $1.5 billion on major infrastructure items in the western corridor since 2005, and a further $500 million has recently been announced to support the corridor’s growth objectives.

The $40 million first installment of Ripley Town Centre, developed by Sekisui House and constructed by Hutchinson Builders, is anchored by a Coles store. 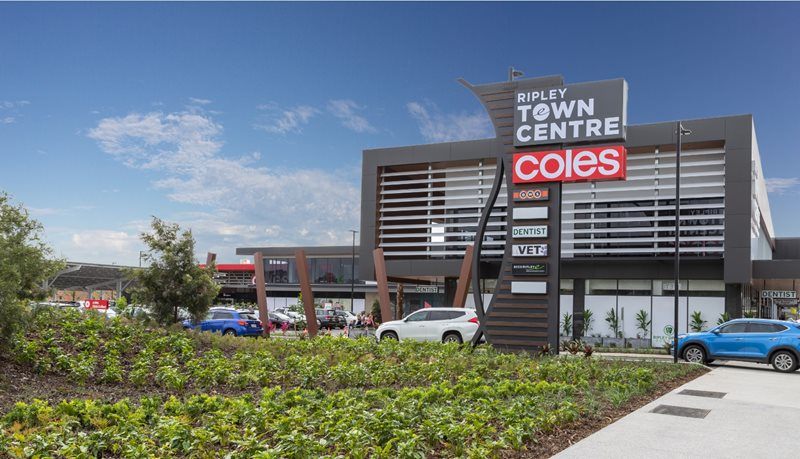 Sekisui House Australia CEO Toru Abe described the town centre opening as a “game-changer” for the western growth corridor, noting it was set to become a vital commercial and community hub for southeast Queensland.

“Ripley Town Centre will epitomize the 20-minute neighbourhood – with everything located within 20 walking minutes,” he said.

The eco-friendly town centre recently received a 5 Star Green Star rating from the Green Building Council of Australia, after complying with strict criteria for sustainable design and construction across nine categories.

“Regional projects can lead on sustainability,” he said. “This project is packed with intelligent design features such as the rooftop solar that doubles as carpark shading and reduces greenhouse gas emissions up to 15 per cent.

“Sustainability excellence was a primary objective of the Ripley Town Centre project and this required innovative design and management to achieve high indoor environment quality, energy and water saving plus a selection of low-impact materials to minimise the impact on local ecology.”

The heart of the centre offers a showpiece open air space, Satoyama Way. Landscaped with trees, green walls, water features and a range of seating areas, the design was based on the Japanese concept of Satoyama – harmonious interaction between nature and man-made environments. The area will be extended as the town centre grows.

Ripley Town Centre will hold a Main Street Festival on May 26, from 11am to 4pm, to mark the official opening and to celebrate growth and harmony in the region.

Mr Abe said the festival was designed to showcase Ripley Town Centre as a destination where people could “live, work, learn and play”. 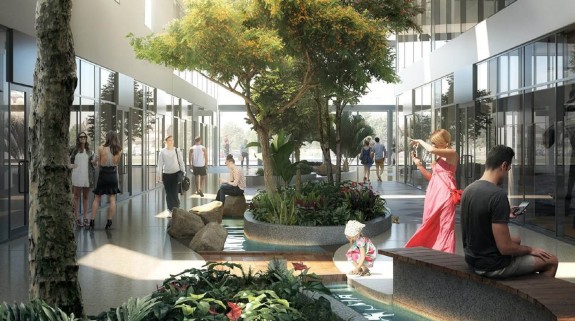 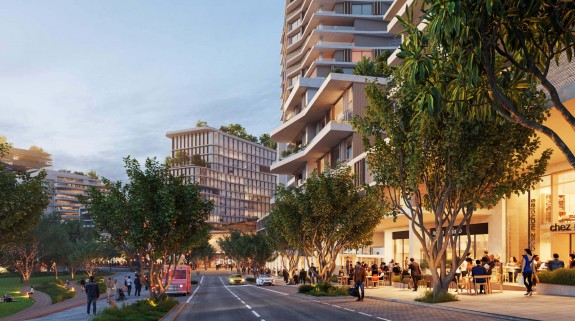 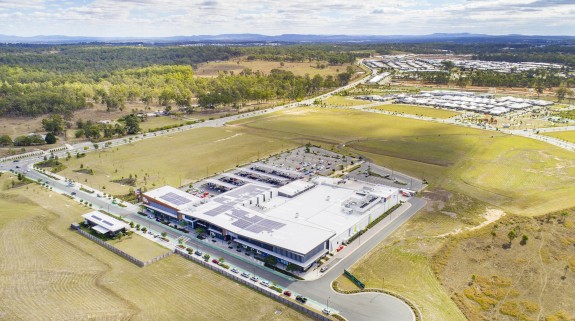 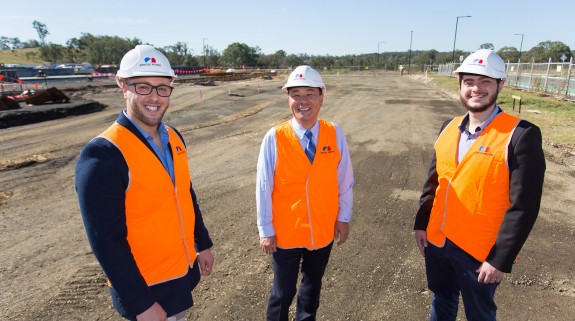